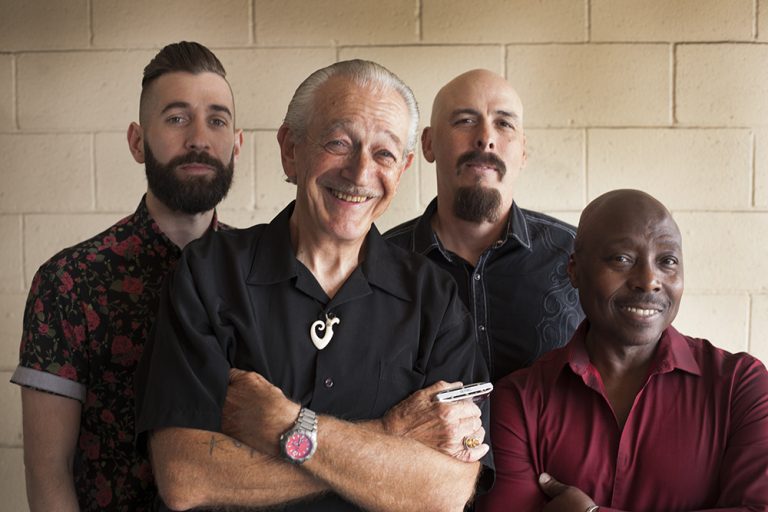 Matthew Stubbs has spent the past 11 years as guitarist for Charlie Musselwhite. During that time he’s backed up and toured with other blues giants such as John Hammond, James Cotton, Junior Watson and James Harman.

Outside of his time with Charlie, Matt has most recently formed GA-20, a traditional Blues band signed to Colemine/Karma Chief Records. The project was born out of a love of traditional Blues, R&B, and Rock & Roll of the late 50s and early 60s. With bandmates Pat Faherty and Tim Carman, the trio performs a raw, passionate and honest version of their beloved art form. The highly anticipated debut album is expected in the Fall of 2019.

Concurrently, Matt fronts the instrumental psych-rock acid-blues outfit Matthew Stubbs & the Antiguas. In addition to his exemplary guitar work, Matt’s roles in both bands include writing, arranging, producing and mixing credits. In their short tenures, both bands have garnered multiple nominations and a win at the Boston Music Awards.

Born in Cleveland, Ohio, June is a self-taught musician. He got his first paying gig at 17 after only playing for a year. Over the next few years June gigged in and around Cleveland with organist Eddie Baccus and with various funk, jazz and soul groups. In 1978 June was introduced to Robert Lockwood Jr. and Johnny Shines. Who taught June, in one day, five different shuffles to use in any blues. “That was start of my career”, says June. Robert and Johnny Shines became June’s second fathers and June’s musical relationship with Lockwood lasted nearly ten years. In 1980, June moved to New York and played pickups with jazz and funk bands doing the club circuit that included The Bitter End, Lonestar Café, and Freddies Café.

In 1982, June returned to Cleveland. As a result of his relationship with Robert Lockwood, June shared the stage with BB King, James Cotton, Mighty Joe Young, Willie Dixon, and Albert Collins.

In 1987 June headed west to San Jose, California where he was immediately hired by Mark Hummel, a stint that lasted two years.  He soon met Andy Santana and the West Coast Playboys and then, along with Andy and Mike Schermer, founded the Soul Drivers, a highly successful Santa Cruz based blues band. In 1991, The Soul Drivers became Angela Stehli’s backup band. June also worked as a side man for Miss Laverne Baker. In 1996 June joined Little Charlie and the Nightcats and spent five years touring with that band. In 2004 Charlie Musselwhite hired June – June has been a most valued player with Charlie ever since. Recently, June played on Grammy nominated CDs Remembering Little Walter and Musselwhite’s Juke Joint Chapel, as well as Mark Hummel and Elvin Bishop’s CDs nominated for BMA awards. In 2015 June was nominated for Blues Music Awards best blues drummer

“I love Randy’s playing – he’s dedicated to the blues, like I am. He’s dependently great at holding down the groove. I look forward to playing with Randy for many years to come!” – Charlie Musselwhite