NO MERCY IN THIS LAND

“Charlie Musselwhite is that very rare and hallowed place where blues past, present and future collide,” says Ben about his collaborator and friend. “He transforms notes into emotions that feel both hauntingly familiar and brand new, as if hearing them for the first time every time. He is a living legend whose harmonica playing should be beamed into outer space to search for other life forms.”

Ben Harper and Charlie Musselwhite know something about the darkness that underlies the deepest of blues. Standing side by side on a small stage in Los Angeles in March, the duo ease into the haunted twang of a song called “No Mercy in This Land,” with Harper on electric bottleneck guitar and his partner blowing a wounded melody into the harmonica in his cupped hands, eyes shut tight.

Most of the lyrics are sung by Harper, but it’s the 74-year-old Musselwhite who leans into the mic for an anguished final verse: “Father left us down here all alone/My poor mother lies under a stone/With an aching heart and trembling hands/Is there no mercy in this land?”

It’s the title song from Harper and Musselwhite’s second album together, and the words are weighted with genuine tragedy as the harmonica legend sings on the Grammy Museum stage. Harper wrote the track, in part, about the 2005 murder of Musselwhite’s mother in Memphis. They were the first lyrics written for the album.

“Some things just stay with you in a way that don’t let go until you write them,” Harper, 48, tells Rolling Stone before the set, recalling the crime that led to the world-weary tune. “I brought it to Charlie hesitantly, reverentially as something we could possibly duet on. Charlie didn’t hesitate. I was honored and relieved.” 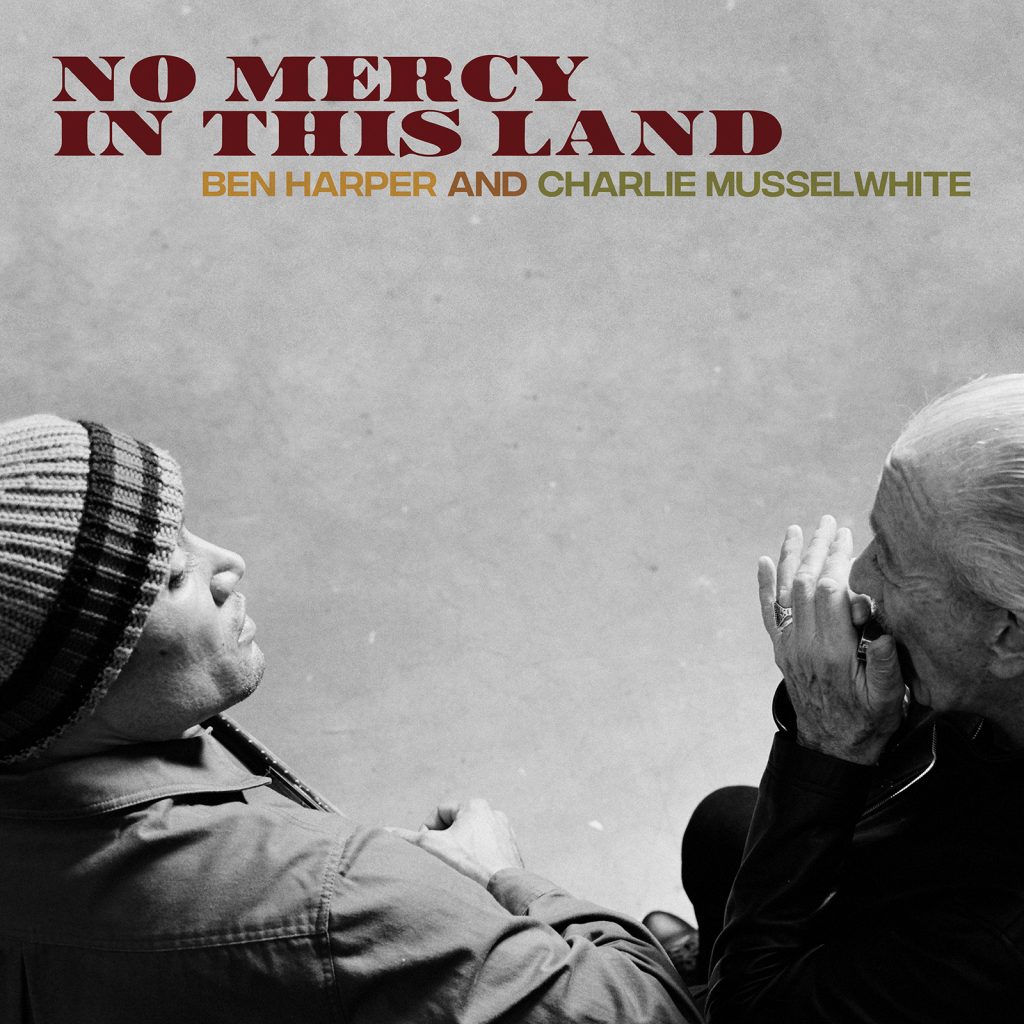 When you win a Grammy as Ben Harper and Charlie Musselwhite did in 2014 for Get Up! an encore is certainly called for. In No Mercy in This Land the collaborative duo reaches even deeper into spare, haunting country blues, with touches of soul, gospel, and shuffling blues. This is an album that could have come out in the sixties, evoking the sound of Sonny Terry and Brownie McGhee, Josh White, and early Taj Mahal. Harper admits that this is the blues album he’s always wanted to make. There’s a purity to it. Harper wanted to measure this album against some of those legends and gave it his utmost attention to detail. That’s another difference from its predecessor; every track but one was sent to the musicians in advance while Get Up! brimmed with spontaneity. Arguably also, this record is more thematically connected. A spiritual thread runs through it.

While separated in age by more than two decades, the younger multi-instrumentalist Harper, especially early in his career, was channeling the classic blues, soul, and R&B, and gospel that made him seem like an old soul, reminiscent of the way Taj Mahal started. Musselwhite, of course, is a living legend who began in Chicago but over the course of his career has extended to Tex-Mex, Cuban, Americana, swamp rock, country, and even jazz. The two connected on a 1997 John Lee Hooker session and have worked together intermittently since, both live and in the studio. Harper played on Musselwhite’s brilliant Sanctuary album for example.

Like he did on the previous outing, Harper produces, sings every song, does the writing, and seems to be leading with Musselwhite prodding him on. Even with a rhythm section and keyboardist present, the album reads mostly as the work of the duo. The opening haunting notes of “When I Go” set the stage for Harper’s blues moans while Musselwhite lays down a mournful harp. It’s a slow-burning blues of loss that sparingly points out what is essential for survival.

Tempo revs up with the jump blues “Bad Habits,” featuring some wild blowing from Musselwhite. Like most of the fare, they use conventional blues idioms and structures. Soul imbues “Love and Trust,” with both artists singing on the chorus.

Harper becomes a blues shouter on the Chicago inspired “The Bottle Wins Again” and keeps pumping on “Found the One” until he reveals deep soul on the gospel infected “When Love Is Not Enough.” “Trust You to Dig My Grave” is classic acoustic blues. The sparse and lonely title track punctuated by Harper’s resonator, has both sharing vocals in a topical statement about today’s troubled times and personal reflections, reminiscent of Rev. Gary Davis’ “Death Don’t Have No Mercy.”. Again, they take the tempo up for the shuffling “Movin’ On,” the album’s most energetic cut, before closing with the slow burner “Nothing at All.” Here, as on the other slower, mournful tunes, Musselwhite’s harp tone is incomparable.

Guitar harp duos like Terry and McGhee, Cephas and Wiggins, and others played together for more than a decade. Harper and Musselwhite get together only occasionally but sound as if they’ve been playing together their entire careers. The chemistry and respect for each other’s talents is palpable. Given the stature of these giants, don’t be at all surprised if they garner another Grammy.

Jim Hynes is an independent contributor on music for several magazines, including Elmore and formerly Variety. He was a listener-supported public station(s) radio host for 25 years in CT, MI, NJ and PA. He is also a Live Music Host/Emcee at several national and regional venues.